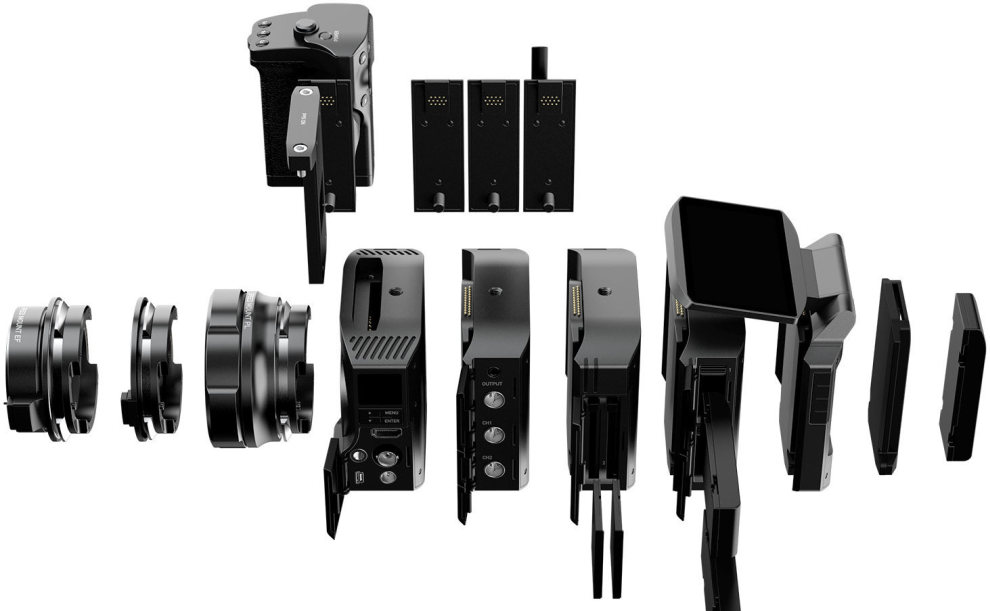 This year at NAB Show 2016 tons of new cameras, lenses and other filmmaking stuff got presented. An important and quite interesting piece equipment that NAB 2016 was not the revealing place for is the very cool Craft Digital Systems modular camera.

After a lot of teasing happening during the last months, finally, the young camera manufacture Craft Digital Systems has decided to come up with a releasing date for their new, unique and modular camera.

Unlike most of the pro cameras out there, the Craft Camera, so it is called, is totally modular camera where you get to add the modules that you need and form you own custom camera body. All in all, not a bad idea at all. 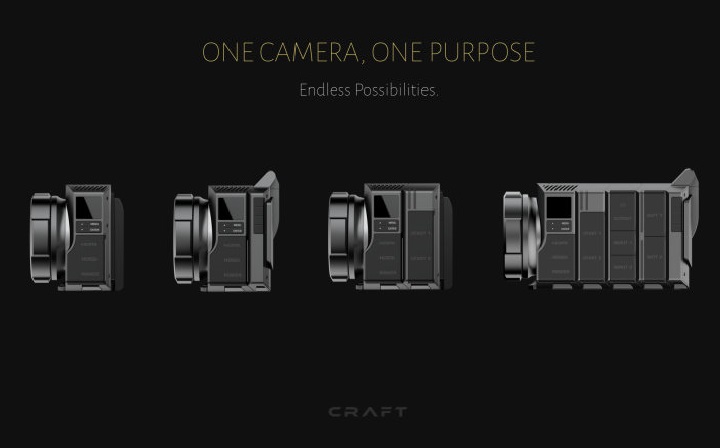 All the modular elements offered by the Craft Camera do everything your might want: Image sensor, audio inputs, power, monitoring, ND filters, etc. As it is conceived, the camera can be put together for your own unique needs. Craft Camera can be a super small camera for your action shots or a full fledged pro camera for your more traditional romantic feature film.

Because of its modularity the Craft Camera is actually not expensive at all and it does represent a pretty good competitor of the already super cool Kinefinity KineMINI. 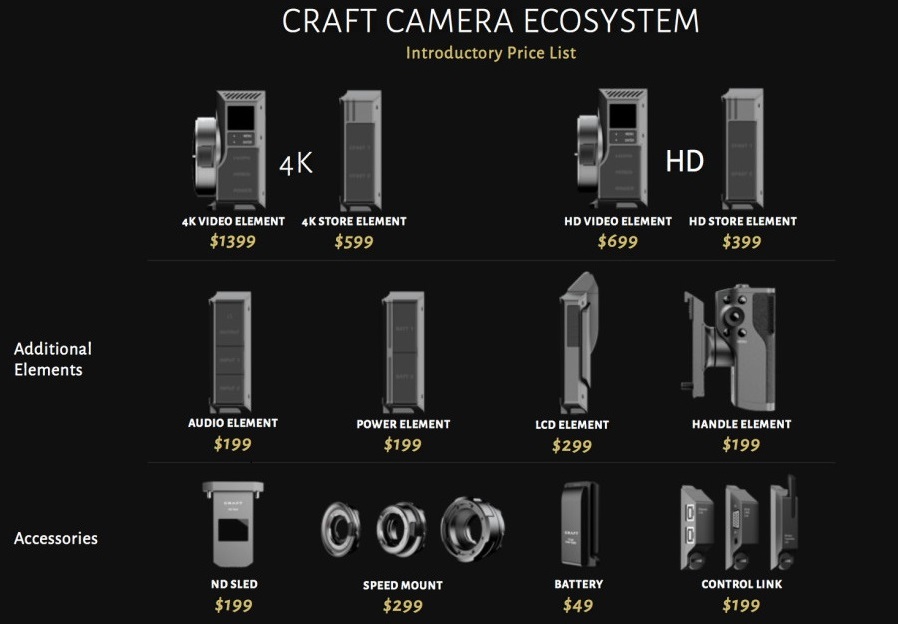 So that we make it clear what we are talking about, the Craft Camera is promised to be equipped with a 4K super35 sensor capable of high speed rates up to 120fps. It is a production ready cinema camera in a small package. Key features include 13 stops of dynamic range, global shutter, PL & EF Speed Mount options, and ND SLED.

As their webpage says, full technical specifications will be announced early this summer.